skip to main | skip to sidebar

It's still raining.
I have a confession to make: I like it.
It NEVER rains here. And it's making everything so green and pretty. If anyone from Winnemucca reads that sentence, I will probably be run out of town. Everyone wants the rain to STOP. 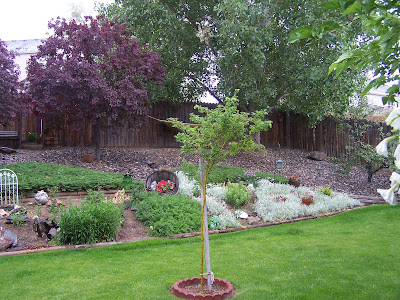 I don't think Izzy cares if it rains or not....she just curls up and sleeps. 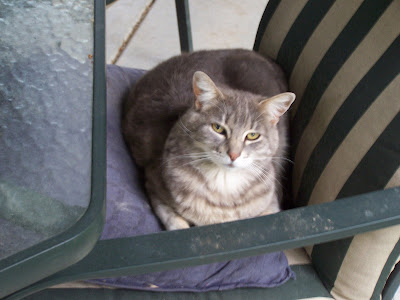 I haven't had to water my plants tho. So, that's a good thing. We haven't turned on our air conditioner either, so more of a good thing. 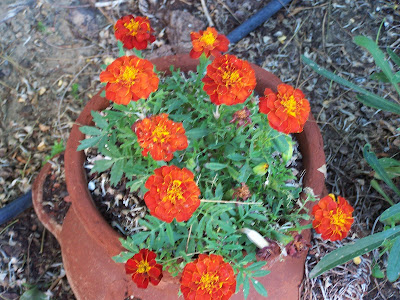 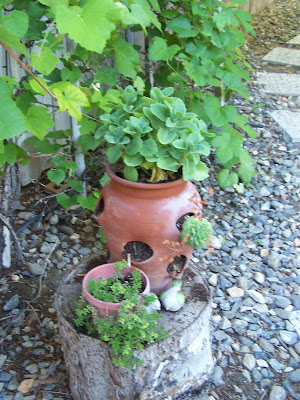 There is just one thing I've found since we've had so much moisture.
TOADSTOOLS.
They are all over our yard this year. I don't like them. (give me a good old dandelion ...I know what to do with those )
But "fungi" is kind of creepy.

LOOK! A toadstool by a toad.
(he's thinking the same thing I'm thinking....creepy) 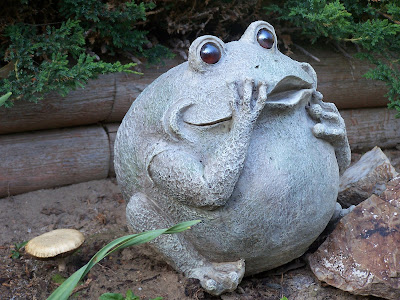 The pumpkin has finally sprouted. I did plant it a little later than the rest of the garden, and I think the dog walks over it, but it's finally popped up. 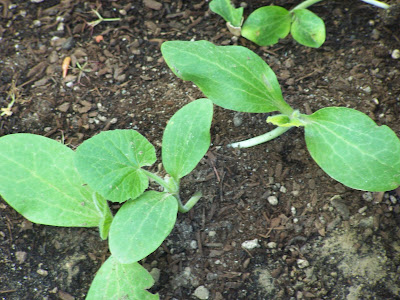 And lettuce. This is the lettuce in the barrel. 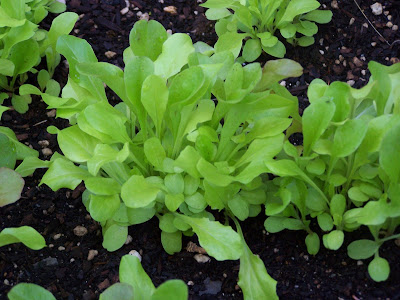 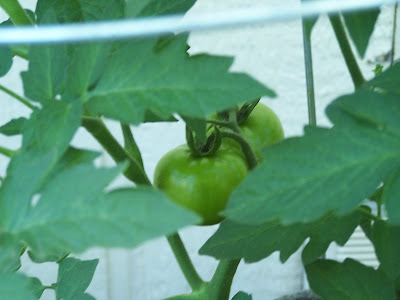 I have tomatoes in a barrel and then 2 topsy turvy containers. I is doing well. This is the "well" one.
It's kind of hard to see. 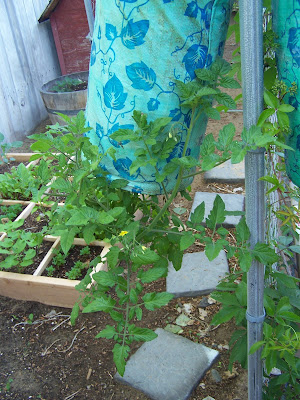 This one is the "not so well" one. 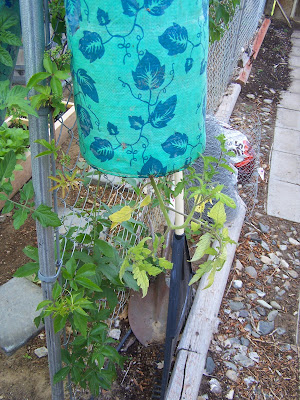 My garden thru the fence. Remember, we are using the old dog pen (the dog never actually went in the pen, it was just nice to have for once a year when we had a big BBQ and he was bugging us.
I didn't want to take down all of the fence tho, because the Virginia Creeper is creeping along so nicely. 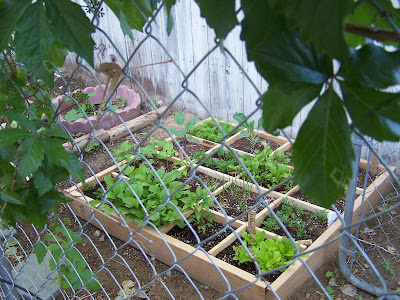 Summer Squash.
with...
FUNGI.
(the creepy kind)
can you see it? 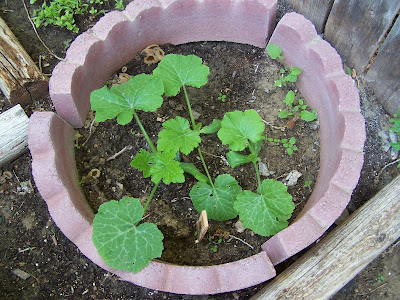 A closer look for you. 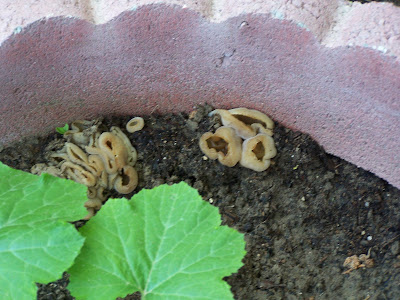 This really is the creepy kind, because it doesn't have a "cap" on it like a mushroom.
So...my question is, will it hurt, or has it hurt the squash?
I took it out after I took the picture, so we have no more fungi in with the vegetables. 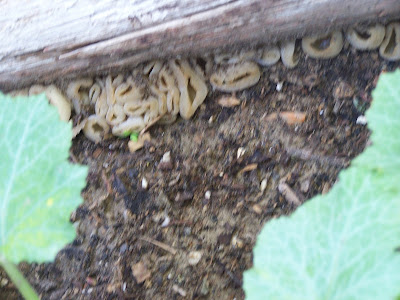 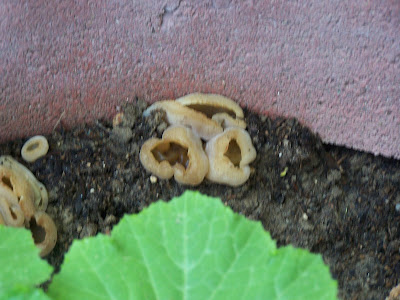 My square foot garden!
In the high Nevada Desert. 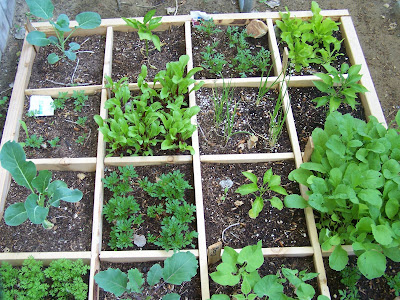 The cooler weather has done great things for the broccoli and cauliflower plants. 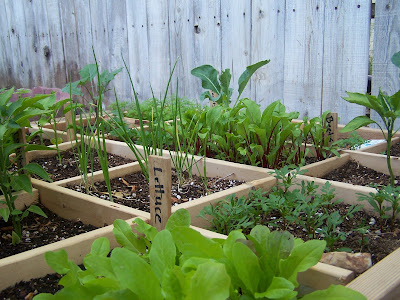 Monroe.
I think he is sometimes walking on the squashes and pumpkin plants.
He is stunting their growth, just like he has stunted the grass under the bush. (he does have a path around the yard ) 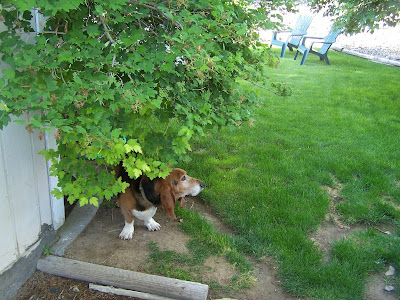 Can you solve a marital dispute?
the lilac bushes. and the snowball bush.
They hang over the grass.
I think they are pretty.
The Handyman wants to trim them back so he can mow easily.
He wants a more manicured look.
I like the natural look.
You can tell (kind of) by the picture, how much it hangs over the grass. And he does have to mow. He fights with it every time.
I think he makes it worse than it has to be....he exaggerates to make a point to me.
One time he even exaggerated so much he poked himself in the eye with a branch!!
That was taking it a bit far if you ask me.
What do you think?
Trimmed up or ala naturel ? 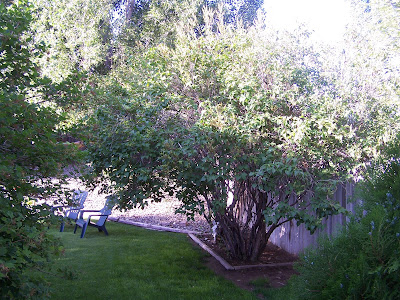 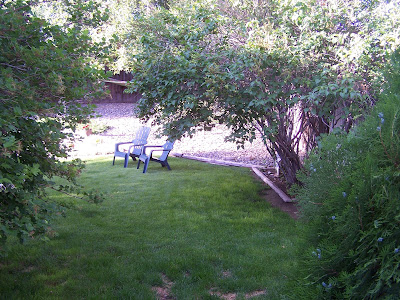 Debbie
Just a girl (an old one albeit) who likes to cook and read. And enjoys her friends.